Home
How to Know If a Woman Likes You?

10 Signs She Likes You: How to Tell If She’s Flirting With You

“It is easier for a camel to pass through the eye of a needle than for a man to know if a woman likes him.” — Morgan Freeman

Before anything, we must confess that the Morgan Freeman phrase you read initially is a fictional one.

However, there’s nothing fictional about its premise — that detecting signs a girl likes you is incredibly difficult.

Typically, the man is the one who starts off things — but he must confirm if the woman is interested before making a move. Detecting interest from women is difficult but doable if you know what to look for.

This article evaluates signals a woman might use to indicate interest in you.

Are you finding it hard to get dating partners because you fail to see that a woman likes you? Follow along! 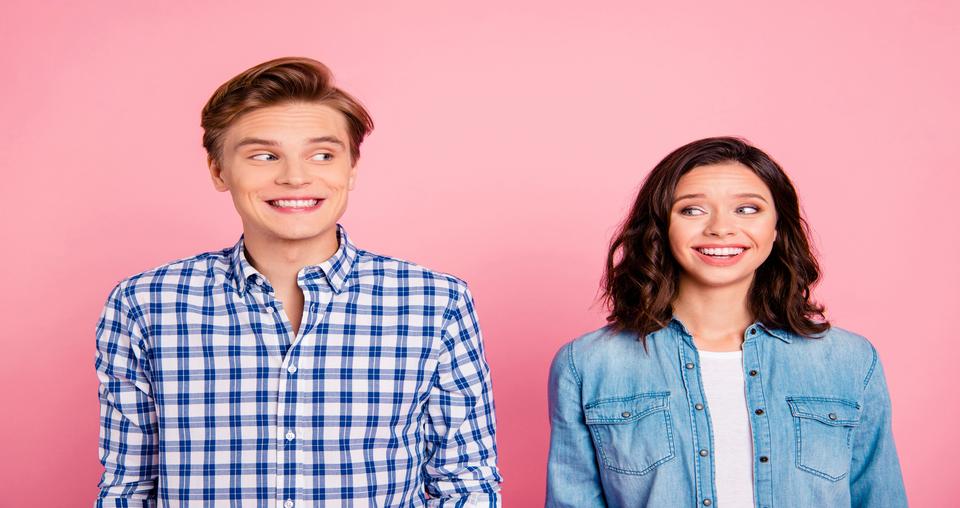 With this article, you’ll know if a woman is subtly signaling her interest — through her actions, personality, and social cues.

Let’s dive into it!

She is Nervous Around You

Yes, girls being nervous around boys they like is a well-worn movie cliché. However, multiple relationship experts maintain that visible nervousness is a sign that a woman finds you attractive.

So, how do you know if a girl is nervy? A good sign of shaky nerves in women is repeated twitching and fidgeting. She might touch her face, blink rapidly, twirl her hair, and purse her lips.

The girl in question will become less nervous as your relationship progresses. This is usually because she feels comfortable around you now.

She Constantly Checks Her Appearance

If a woman is taking extra effort to fix her appearance in your presence, then she likes you. As humans, our natural instinct is to look better when we’re around people we find attractive.

Smoothing her hair, applying lipstick, straightening her skirt, etc., are some things a woman might do to improve her appearance.

She Stares at You

Is she always catching your eye and flashing a megawatt smile at you? That’s her way of inviting you to make a move. This is a sure-fire way of knowing if a girl likes you.

She Texts You Frequently

With the growth of dating sites, many choose to initiate things online. In that case, a girl texting you frequently shows she’s interested in you.

A rule of thumb is that faster replies and longer messages signal some level of interest. If you’re getting one-liners and delayed responses, it might be best to look elsewhere.

She Finds You Funny

Most guys tend to make corny jokes to elicit laughter from a female interest. Sometimes, this could backfire badly if the joke falls flat and provokes a confused stare instead.

However, if a girl finds your jokes hilarious, it’s probably because she likes you. It’s easy to find someone you like funny, so this is a positive sign of female interest.

She is All Over Your Social Media

Some women are notoriously shy and may avoid suggestive gestures around them. Instead, they’ll show interest through their social media activity.

She Gets Touchy with You

Over the years, relationship experts have established touch as one of the most prominent female interest signs. So, if a girl takes every opportunity to touch you, it indicates interest.

Examples of this include:


Note: Some girls may not be bold enough to touch you. Instead, they’ll allow you to touch them.

An example is if you rest your hand on her shoulders and she doesn’t protest — that’s approval.

She Pokes Fun at You

Almost every adult with the worn tactic of teasing people we find attractive. Teasing is aimed at dialing up the intimacy between two individuals while keeping things light.

If a girl is making fun of your “Dwayne Johnson” biceps or an uncanny resemblance with a celebrity, the odds are she finds you attractive.

When a girl likes you, her body language around you will tell. She’ll feel less guarded around you and adopt a more comfortable posture.

She Picks on Subtle Details About You

A dramatically shortened attention span means most of us cannot pay attention to people, let alone notice their quirks. Therefore, a girl who takes pains to notice your hidden trait is genuinely interested in you.